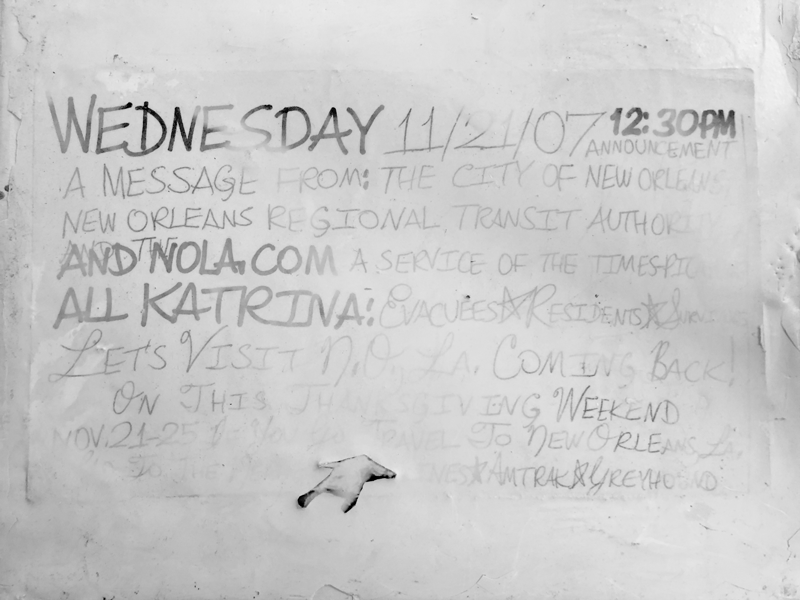 The impetus for African American Graphic Designers began in college and became a reality after a hurricane.

In 2005, Hurricane Katrina washed away my creative community and submerged my home. I relocated to Austin, Texas, where opportunities to network and cultivate relationships with African-American designers were slim.

Up until that point, my career had mostly been in print. I worked for a black-owned sign shop in New Orleans, where I designed brochures and logos for the city, designed the logo for The Louis Armstrong International Airport, made festival posters for food and beverage events and created marketing and branding materials for the country’s 11th largest black-owned bank.

But once Katrina took all that away, I longed for a way to remain connected with my peers of color.

At the same time, those closest to me urged me to start my own creative outlet online.

I began studying website development and digital marketing. That’s when I noticed it: many black designers were not putting the search term “African-American graphic designers” in their metadata so we could find each other.

I asked people why. The answer I got was startling: Some of them didn’t want to be found, and they didn’t want people to know they were black.

I decided that needed to change.

Five years ago, I launched this website to connect African-American designers who wanted to be found and longed to find others like them. At first, the goal was to act as a bridge among a like-minded creative community.

But within three years, people started sending us job and project leads. At first, we turned them away, instead of sending them to designers who we knew could do the work.

That birthed another idea. We established our LLC and began taking on clients.

Today, we’re focusing on narrowing our target audiences and uncovering the most talented and professional designers to take on the tsunami of work coming our way. We’re building capital. We’re investing in talent.

We are a community of graphic designers, illustrators, artists and visual communicators who have banded together to elevate the brand identity for the African-American community.

We’re taking on projects, donating our talents, sharing with our community.

Don’t be mistaken: I don’t do this work alone. Without the team, we wouldn’t have come this far. Alongside me, there’s: The Team

And while most of us work in Austin, we are actively recruiting other staff members across the country. We also funnel work, coordinate jobs, donate funds and partner with initiatives supporting design in marginalized communities.

This is where our mission, vision and belief statements live. Take a look at what we want achieve this year and help hold us accountable. Our Ethics

What had happened was... If you're interested, we'll tell you how we got started out of need for community. We started from the bottom and now...Our Story

We have a small and colorful cast of characters helping us out with our mission. Take a second, hang out and Meet the Team